Review: The Other Side of Lost 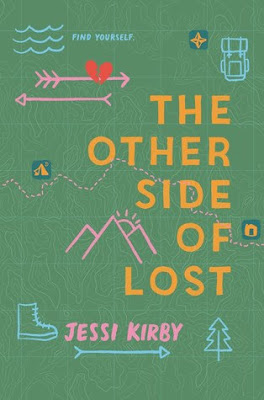 The Other Side of Lost
Jessi Kirby
Published August 7, 2018


Girl Online meets Wild in this emotionally charged story of girl who takes to the wilderness to rediscover herself and escape the superficial persona she created on social media.

Mari Turner’s life is perfect. That is, at least to her thousands of followers who have helped her become an internet starlet. But when she breaks down and posts a video confessing she’s been living a lie—that she isn’t the happy, in-love, inspirational online personality she’s been trying so hard to portray—it goes viral and she receives major backlash. To get away from it all, she makes an impulsive decision: to hike the entire John Muir trail. Mari and her late cousin, Bri, were supposed to do it together, to celebrate their shared eighteenth birthday. But that was before Mari got so wrapped up in her online world that she shut anyone out who questioned its worth—like Bri.

With Bri’s boots and trail diary, a heart full of regret, and a group of strangers that she meets along the way, Mari tries to navigate the difficult terrain of the hike. But the true challenge lies within, as she searches for the way back to the girl she fears may be too lost to find: herself. - from Goodreads

Mari Turner is a social media influencer; she's beloved by thousands of followers, but in reality, she's all alone.  She and her cousin Bri were very close as kids; they grew apart over the years and Bri has recently passed away.  Bri had planned to hike the John Muir Trail on her 18th birthday, but after quitting social media in spectacular fashion, Mari decides to take her place, in an effort to help her rediscover herself.

Right from the beginning, I felt so sad for Mari, as she created meals just for the photos and bought a birthday gift for herself and pretended to her followers that it was from her boyfriend.  Her life is consumed by how many likes and followers she can get.  When Bri's box of hiking supplies shows up on Mari's doorstep, she takes a wild leap and heads to the trail.  I was surprised Mari even lasted a day; she had no experience, no training, she didn't even know how to use most of the equipment.  Sounds like a recipe for disaster!

But fortunately for Mari, she meets people along the trail that help her out, eventually joining a group of friends as they make their way down the trail.  I understood why Mari kept some secrets from them, but I wish she had told them earlier about Bri and who Mari really was; they were so friendly and understanding, I know it wouldn't have mattered to them.

Mari's growth was one of the best parts of the book.  She gained confidence along the trail and learned to live beyond her phone screen.  She also worked through her grief over losing Bri.  Speaking of Bri, she sounded amazing and I could see why everyone loved her.  She was so courageous and full of life in her journal entries.  I could feel her presence during Mari's trip.

Kirby did a really great job setting the scene.  The descriptions of the trail really made me feel like I was there, and Kirby's writing is just so warm and enveloping that I got swept away in the book.

I did have a couple issues with the book.  The ending felt really rushed and although I knew Mari had changed, I kind of wanted an epilogue or something to see where Mari goes next.  There were also hints of a romance that I thought were unnecessary.