Out Of This World Fiction/Nonfiction Mini-Reviews 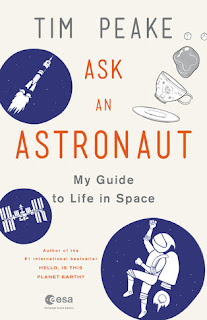 Tim Peake is a British astronaut who spent 6 months living on the International Space Station.  In Ask an Astronaut, Peake answers pretty much any question you could think of related to astronaut training and life on the ISS.

Peake has an easy-to-read, upbeat writing style and explained some difficult concepts pretty well.  I don't know much about the ISS or even the United States' own space program, beyond the major events, so I feel like I learned a lot.  Some of the questions he answered were serious, while others were in good fun.  I was amazed by the sheer amount of training that goes into a mission to space, literally years, including Russian lessons.   I also learned that the ISS is so massive, it was assembled in space, as various pieces were bought up.  One thing I was disappointed to learn, though, was that there is no official protocol if the ISS encounters aliens! 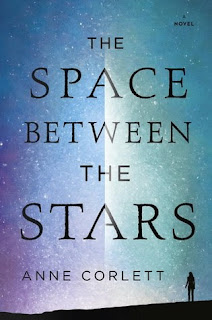 The Space Between the Stars by Anne Corlett (2017)

After a deadly virus wipes out most of humanity across the galaxy, Jamie decides to try to find her partner Daniel, back on distant Earth.  She meets others along the way, and the survivors try to figure out what's next for themselves and humanity as a whole.

Jamie is not the most likable or consistent of main characters.  She's quick to judge and quick to anger; she has spent most of her life keeping her family and Daniel at arm's length, needing her space, yet at the same time she's very comfortable holding hands (and more) with people she's just met.

I think this book suffered a little from trying to do too much.  It's character-driven, but it's also a bit post-apocalyptic with some romance thrown in there, too.  The world-building within the story is pretty decent; we get glimpses of how Earth's population has exceeded its limits and how colonies were established on other planets.  There were some points in the book that I thought would offer some great action and tension, but the author moves past them quickly and too neatly.  I think the story could have benefitted from expanding on some ideas more and leaving other scenes out entirely.  Thankfully, one big twist at the end helped bring the story more to life for me. 3 stars
Posted by Angela at 5:00 AM