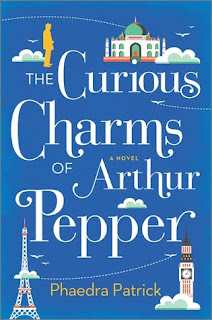 The Curious Charms of Arthur Pepper by Phaedra Patrick (2016)

While going through his late wife's things, Arthur Pepper finds a charm bracelet he doesn't recognize.  In learning about the bracelet and its charms, Arthur realizes his wife led an exciting life before she met him that she never told him about.

I just fell in love with this book, and Arthur, from the start.  The story was so heartwarming and endearing.  Arthur and his wife Miriam led a happy but quiet and predictable life for 40 years.  The stories behind the charms make Arthur begin to question if Miriam really could have been satisfied with him and how well he really knew her.  At the same time, though, the quest breaks him out of the funk he had been in for a year and helps him form better relationships with his children and friends.  I wanted Arthur to find the answers he craved, but to also learn that even though his wife had all these experiences before she met him, it didn't take away from her love for him.

Patrick's writing is simple and readable, and the pacing of the story was perfect.  There are so many secondary characters that Arthur meets along the way, yet they are all unique.  I especially loved getting to know Miriam through Arthur's memories of her and through her charms.  If you liked the movie Up, then I think you'll love this book, too (keep some tissues handy!).  4.5 stars 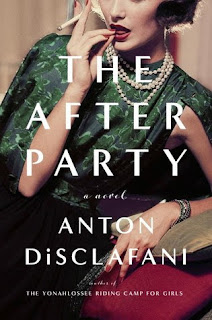 The After Party by Anton DiSclafani (2016)

The After Party focuses on the friendship between two socialites in 1950s Houston.  Cece and Joan have been best friends since childhood, but now in their mid-twenties, Joan is becoming increasingly erratic.

I'm not quite sure what I just read.  This book is almost 400 pages, yet it felt like nothing happened.  Cece is the main character and she seems to have it all - a devoted husband, a young son, and tons of money.  Yet, she spends most of her time worried about her friend, Joan, almost to the point of obsession.  Joan isn't even worthy of Cece's worries - she's selfish and uncaring and keeps too many secrets.  I wanted to shake Cece and tell her to stop worrying so much about Joan and start focusing on what's in front of her.  It was so frustrating to see her continue to seek Joan out when it was obvious it was one-sided.

While I thought DiSclafani's writing was rich and flowing, the pacing was too slow; everything just felt dragged out and melodramatic.  2.5 stars
Posted by Angela at 5:00 AM