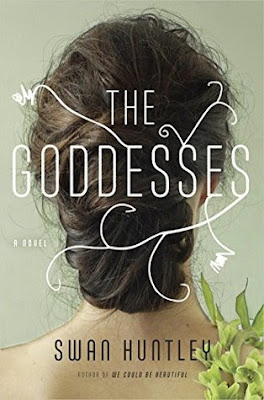 
The Descendants meets Single White Female in this captivating novel about a woman who moves her family to Hawaii, only to find herself wrapped up in a dangerous friendship, from the celebrated author of We Could Be Beautiful.

When Nancy and her family arrive in Kona, Hawaii, they are desperate for a fresh start. Nancy's husband has cheated on her; they sleep in separate bedrooms and their twin sons have been acting out, setting off illegal fireworks. But Hawaii is paradise: they plant an orange tree in the yard; they share a bed once again and Nancy resolves to make a happy life for herself. She starts taking a yoga class and there she meets Ana, the charismatic teacher. Ana has short, black hair, a warm smile, and a hard-won wisdom that resonates deeply within Nancy. They are soon spending all their time together, sharing dinners, relaxing in Ana's hot tub, driving around Kona in the cute little car Ana helps Nancy buy. As Nancy grows closer and closer to Ana skipping family dinners and leaving the twins to their own devices she feels a happiness and understanding unlike anything she's ever experienced, and she knows that she will do anything Ana asks of her.

A mesmerizing story of friendship and manipulation set against the idyllic tropical world of the Big Island, The Goddesses is a stunning psychological novel by one of our most exciting young writers. - from Goodreads

When Nancy, her husband Chuck, and their two teenage boys relocate to Hawaii for Chuck's job, Nancy thinks this will be the new beginning they all need.  However, Nancy soon finds herself falling into her old habits, so she tries something different - a yoga class - where she meets Ana.  Nancy immediately feels a strong connection to Ana, so when she tells Nancy she has terminal pancreatic cancer, Nancy wants to do anything she can to help Ana live out her final days.

At first, Nancy helps Ana with some good deeds, like giving out sandwiches to the homeless.  But as Ana becomes more upset about her cancer fight, she decides she'd rather seek vengeance, and she pulls Nancy, and even her family, into her destructive behaviors.

Nancy was a relatable character, in the way that she wanted to reinvent herself in her new home.  She seemed a bit lonely, and the attention that Ana gave her was just what she was looking for.  At times I thought she seemed a bit naive, or maybe she just didn't want to see what was right in front of her.

I disliked the character of Ana almost right from the start.  Although her "yoga teacher" persona seemed authentic, I quickly learned that there was more to her and that she wasn't necessarily who she presented herself to be.  I found her to be totally manipulative and I didn't trust her.  The way she insinuated herself into Nancy's home and family so quickly was kind of scary.

The book had an easy, conversational writing style that moved quickly, but the author still managed to impart some keen insight into relationships, including about why we sometimes aren't totally honest with our loved ones and how we can so easily fall back into bad habits and patterns.  I expected going into the story that there would be some sort of destructive friendship between Ana and Nancy and while there is drama, I needed more; the story kind of fizzled out near the end for me.  I didn't feel like there was enough tension and the story didn't have that powerful "ah-ha" moment.