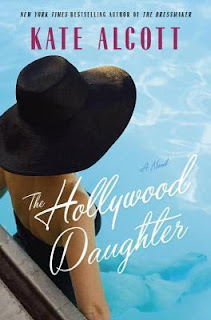 The Hollywood Daughter by Kate Alcott (2017)

For Jessica "Jesse" Malloy, growing up in the 1940s, actress Ingrid Bergman is the epitome of both glamorous actress and caring mother.  Ingrid is her hero, and it helps that Jesse's father is Ingrid's publicist.  However, a huge scandal erupts when Ingrid Bergman cheats on her husband and has a baby with her lover.  The ripple effects of the scandal carry over into Jesse's own home, where tensions are high between her father and her staunchly Catholic mother.

Through the years, Jesse's relationship with her parents becomes strained, particularly because of some impulsive actions taken by a teenage Jesse that have far-reaching consequences and cause her to question the ideals she was brought up on.  She flees Los Angeles as soon as she finishes high school, only returning almost 10 years later when she receives a mysterious invite to the Academy Awards.

I really enjoyed this book.  I loved the insider view of mid-century Hollywood and how the era of McCarthyism and the hunt for communists affected both the industry as a whole and, more specifically, Jesse's family.  The book is very readable and Alcott has created unique, well-rounded characters (even real-life people like Ingrid Bergman) and placed them in a setting that is fully realized.  From the movie sets to the Catholic school attended by Jesse, I felt immersed in the time period.  3.5 stars 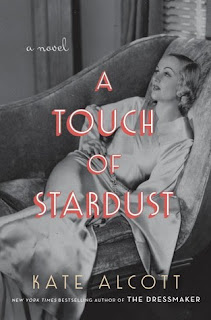 Gone With The Wind is one of my favorite books, so when I heard about this story of a woman working for actress Carole Lombard, who is in a relationship with Clark Gable during the filming of the movie, I knew I had to read it.

Julie Crawford is a young woman from the Midwest who goes to Hollywood to fulfill her dreams, not of becoming an actress but of becoming a screenwriter (refreshing!).  At times naïve, Julie is also practical and headstrong, except when it comes to her relationship with producer's assistant Andy.  The novel follows two romances and it was interesting to see the juxtaposition between the rocky relationship of "regular people" Julie and Andy and the idyllic relationship of actors/celebrities Lombard and Gable.  Lombard's character sparkles; she is happy and carefree, and I couldn't help but love her.

The behind-the-scenes movie tidbits were fascinating and well-researched.  From the numerous script rewrites, to the building of the sets, to the casting of the roles, to the filming of iconic scenes, the world of Gone With The Wind really came alive (and made me want to see the movie again!).  It was such an immersive look at how movies are made and how books are translated into films.  If you're a fan of "Old Hollywood," I highly recommend this book!  4.5 stars
Posted by Angela at 5:00 AM