Two thrillers - one for horror lovers and one for fans of disaster stories, but both tales of survival. 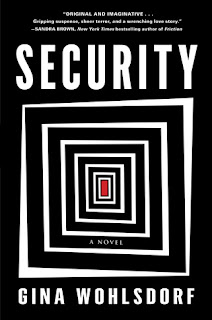 Security tells the story of the Manderley Resort, a luxury, state-of-the-art hotel on the eve of its grand opening, and the killer that stalks its employees during one terrifying night.

I wasn't quite sure what to make of this book.  There is so much packed into its 229 pages.  At first I was a little thrown by the narrator - he seems basically omniscient, and I wasn't sure if he was an actual character or if that was just the style of writing the author was going for.  When I eventually found out who the narrator is, I was floored.  The employees being hunted down by the killer are really fleshed out; despite the short length of the book, Wohlsdorf provides a lot of detail about each character and their backstory.  Sometimes I wondered how relevant all that information was.

Wohlsdorf utilizes some interesting techniques.  With the names of the chapters being camera numbers, I realized that the book was being told through the views of the security cameras.  At some points, there were "split screen" stories, signaling to the reader that these events were happening simultaneously.  The story is very fast-paced, which was sometimes overwhelming.  The focus would change even paragraph to paragraph, flitting between the various employees and the killer.  And since this is also a horror novel, it's extremely graphic and gory, more so than I expected.

The story goes a bit off the rails near the end and becomes somewhat unbelievable, and if you're looking for the "why," you won't get any answers.  However, I think horror fans would appreciate this quick and suspenseful read that plays out like a movie. 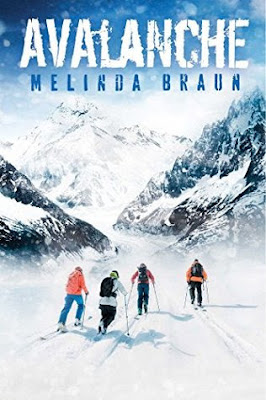 A group of skiers are caught in an avalanche in the Rockies.

Avalanche has all the battles against Mother Nature that you would expect, but it also packed quite an emotional punch.  After an avalanche kills one member of the group and leaves another seriously injured, the group of teenagers must make quick decisions about how to find help.

At times, the book was a little over-the-top.  Pretty much everything that can go wrong, does.  The survivors are smoked out of the deserted cabin they find; cell phones are broken or lost; they are attacked by various animals.  And practically each time, the teenagers (some wildly inexperienced with dealing with the outdoors) are able to escape.

But this story of survival is also a story of love, and family, and friendship.  Although the book focused on the natural elements they were facing, it also took time to develop the characters and really make me root for them.  It humanized them and showed some pretty realistic reactions to their predicament, such as a younger brother silently vowing to do anything he needed to in order to save his brother, even if it meant going against the group, and the girl who is in shock over the loss of her boyfriend and thus blames the others.