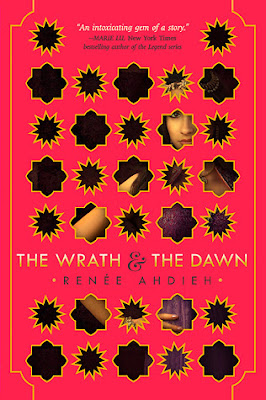 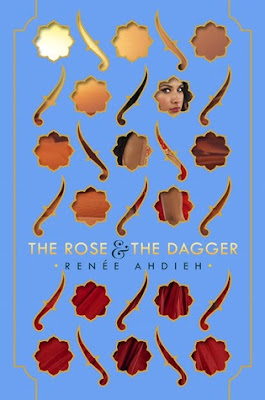 It's not often that I get to read an entire series all at once; usually I'm reading it in pieces as each book comes out.  The Wrath & The Dawn series is only a duology, but when I saw that both were available at my library, I jumped at the chance to read the books of the saga back-to-back.  For me, it really made a difference in keeping the story and characters straight and fresh in my mind.

The Wrath & The Dawn tells the story of Shahrzad, who lives in a land ruled by a king who marries a new girl each night, because each morning the bride is executed.  After Shahrzad's best friend becomes a victim, she volunteers to be the king's next bride, vowing to stay alive long enough to kill the king and end his reign of terror.  However, when she begins spending time with the king, she realizes that not all is what it seems to be.

Instead of having a long set-up, the story dives right into the action on the night that Shahrzad marries the king, Khalid.  Shahrzad survives the first night by telling the king a story, and she gains confidence that she will get her revenge.  But Shahrzad is still just 16 years old; she is impulsive and confused.  She has many opportunities to hurt the king, but doesn't take them.  She finds herself falling for him, despite everything she stands for.

The Rose & The Dagger expands upon the world introduced in the first book.  I loved that the second story is so much bigger than the first; the first story is about one girl's chance at revenge, mostly focusing on Shahrzad and Khalid, and the second is really about the bigger picture.  We get to spend a lot more time with other characters, because war is coming to Khalid's land, with an army led by those closest to Shahrzad.  Magic weaves its way through the story in fun and fantastical ways.  Romance, political intrigue, changing loyalties - this book has it all, but it never felt overwhelming.  The story and writing both flowed really well.

I love the world created by Renee Ahdieh.  It is rich and sumptuous, really beautiful.  Her descriptions of the clothes, jewelry, and even food made me feel like I was right there.  The characters are so distinct, each with their own quirks and personalities; I feel like I got to know each one of them so well.  The duology wasn't perfect - sometimes I felt the first book was a bit repetitive, and the second book could have used more explanation at various points.  Some storylines ended too abruptly.  But overall, I would highly recommend this series!