For the 2017 Backlist Reader Challenge, I'm planning on doing mini-reviews for now, so here's my recap for January! 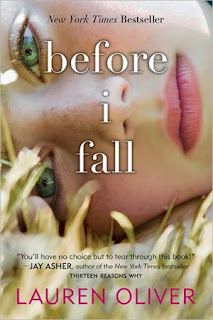 A teenage girl relives the last day of her life over and over again.

This book kind of blew me away - it had a lot more heart and depth than I expected.  Sam is a popular girl who is used to getting her way without thinking how her actions might be affecting other people, but when she dies in a car accident and relives the same Friday over and over again, suddenly she doesn't know what to believe any more.

I loved the character of Sam - at the beginning she is a typical popular high school girl with close friends, a hot boyfriend, and a total sense of entitlement.  She's a bit of a mean girl.  But after the car accident, she feels maybe she's been given another chance, at first to save herself but later perhaps to save someone else.  I loved her character growth, as she begins to realize there is more to the world around her than just her little bubble.  She talks to students she hasn't spoken to in years; she spends quality time with her little sister; she tries to make amends. She learns how little she really knows about the people around her.  And even though this book was published in 2010, I think it is still timely on the issues of bullying.  I thought Oliver gave a thoughtful and honest look at what high school can unfortunately be like for those not at the top of the food chain.

4 stars: The believable writing, the multi-layered characters, Sam's growth, the imagery - it all worked for me. 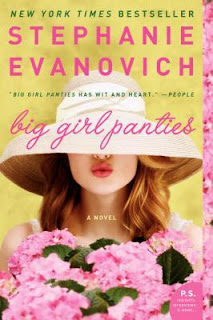 Contemporary romance is not a genre I normally read, but I won this book from my local library's giveaway, so I figured I would give it a try.

Widow Holly Brennan by chance meets personal trainer Logan Montgomery on a flight; he offers to help her lose the weight she put on after her husband passed away.  As Holly slims down, the two become attracted to each other, but their relationship is anything but easy.

I'm sorry, but I was not a fan of this one.  The first time Logan sees Holly, he has some pretty nasty thoughts about her just based on her size.  After months of training and losing some weight, he finds himself surprised to be attracted to her, because she is still somewhat big.  He's the typical gorgeous guy who only sleeps with models and never commits to anyone.  Even though he likes Holly, he still has thoughts about how her body could be changed to meet his regular standards, which was kind of gross.  He doesn't want to take her out in public, for fear of what other people might think; plus, when he hears someone badmouthing her, he doesn't even stick up for her!  I felt bad for Holly that she felt she wasn't good enough for this guy and that when they did go out, she felt people were staring at her and wondering why Logan was with her.  Do people actually do this?  I mean, I think my husband is way more attractive than me, but I've never gotten weird looks in public about it.

I felt like this book wanted the reader to praise Logan just because he was actually attracted to someone who wasn't a size 2!  Look, I don't mind shallow characters who grow and change - but I don't think Logan was one of those characters.  2 stars 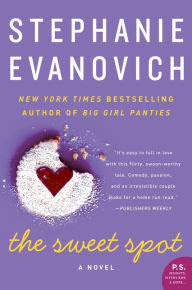 The Sweet Spot by Stephanie Evanovich (2015)

I also won this one from my local library.  The Sweet Spot tells the origin story of Amanda and Chase Walker, who were first introduced in Big Girl Panties.  Amanda is a restaurant owner and Chase is a famous baseball player.  Chase is portrayed as being the perfect guy, but to me there were definitely shades of him being overbearing and controlling.

Chase has a fetish for spanking, which is all well and good as long as the other person is into it too, except he doesn't tell Amanda about it until he basically loses control one night.  What bugged me was how nonchalant he was the next morning, despite Amanda's confusion and pain.  He also admitted that it was about more than just sex; if a woman was being "bratty," not following his rules, or not acting like a lady, he felt he was justified in hitting her.  It was a little weird that he felt he could punish another adult simply for using a curse word he didn't like.

The book got a little better in the second half, when security camera footage of Chase and Amanda indulging in their secret activity is released, and Amanda has to take a hard look at their relationship and decide if the scrutiny and lack of privacy is worth it.  I thought it was a pretty authentic look at what being in a relationship with a celebrity is like. 2.5 stars
Posted by Angela at 9:00 AM