Review: The House of Silence 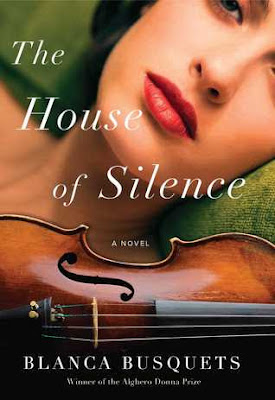 
In the tradition of Elena Ferrante — a breathtaking European novel of love, loss, and the mysterious connection between four people, a valuable violin, and their passion for music.

Moving between Barcelona and Berlin in the 1980s, this is a profoundly moving story of loneliness and connection, music and desire, from an award-winning Spanish novelist, translated into English for the first time.

A three-hundred-year-old Stainer violin lost and found connects a charismatic conductor who emigrated to Barcelona from behind the Iron Curtain, his two star violinists, and his Spanish maid. Love triangles, the pursuit of the precious violin, and the need for beautiful music shoot through The House of Silence.

The love of music the characters share is tempered by ambition, envy, and greed, which crescendo on the evening of a memorial concert in Berlin, when the presence of an elderly lady in the audience makes some members of the orchestra very nervous. Who is the rightful owner of this exquisite violin? And, as secrets come to light, how far will people go to seek revenge? - from Goodreads

The House of Silence is one of the most character-driven novels I've read in a long time.  It tells the story how a group of people are all connected by a violin and a conductor.

The book is told from the points of view of four of the characters.  They have gathered in the present-day of the novel for a memorial concert for Karl, the conductor, but they frequently, and without warning, flash back to the events of the last couple decades and how they all arrived at this point.  Mark, the conductor's son, is leading the show; Anna and Teresa, two of Karl's star violinists, are headlining; and Maria, Karl's longtime housemaid, is in the audience.

Anna was the stand-out character for me, although she wasn't the most likable.  After a troubled childhood, Anna became a selfish and immature woman.  Anna at least wasn't bland; Mark was almost a non-entity for me.  Maria was also an interesting character; she was very observant and knew more than the other characters gave her credit for.

This story was very quiet for me. Yes, secrets and feelings were revealed through the flashbacks, but I didn't get a sense of mystery or thrill.  The writing is lyrical, almost poetic at times.  Although, I did feel that maybe a bit was lost in translation; sometimes the words or phrases used didn't really fit in the context of the story or seemed out of place.

3 stars: This wasn't necessarily my kind of book, but I think readers who appreciate character-driven novels will enjoy it.
Posted by Angela at 7:00 AM