I absolutely loved the show Downton Abbey and I'm so sad it's over!  The stories were beautiful, the characters were entertaining.  If you're like me and you need something to remind you of your favorite characters like Mary, Lord Grantham, and Mr. Carson, try these books! 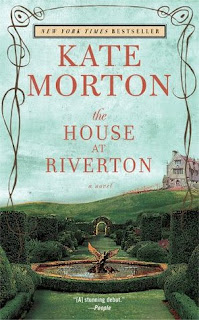 The House at Riverton by Kate Morton: The House at Riverton is a gorgeous debut novel set in England between the wars. Perfect for fans of "Downton Abbey," it's the story of an aristocratic family, a house, a mysterious death, and a way of life that vanished forever, told in flashback by a woman who witnessed it all.

The novel is full of secrets -- some revealed, others hidden forever, reminiscent of the romantic suspense of Daphne du Maurier. It's also a meditation on memory and the devastation of war and a beautifully rendered window into a fascinating time in history. - from Goodreads 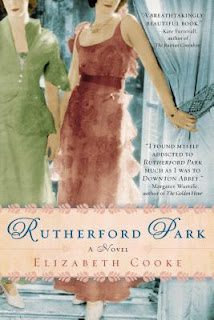 Rutherford Park by Elizabeth Cooke: For the Cavendish family, Rutherford Park is much more than a place to call home. It is a way of life marked by rigid rules and lavish rewards, governed by unspoken desires…

Lady of the house Octavia Cavendish lives like a bird in a gilded cage. With her family’s fortune, her husband, William, has made significant additions to the estate, but he too feels bound—by the obligations of his title as well as his vows. Their son, Harry, is expected to follow in his footsteps, but the boy has dreams of his own, like pursuing the new adventure of aerial flight. Meanwhile, below stairs, a housemaid named Emily holds a secret that could undo the Cavendish name.  On Christmas Eve 1913, Octavia catches a glimpse of her husband in an intimate moment with his beautiful and scandalous distant cousin. She then spies the housemaid Emily out in the snow, walking toward the river, about to make her own secret known to the world. As the clouds of war gather on the horizon, an epic tale of longing and betrayal is about to unfold at Rutherford Park… - from Goodreads 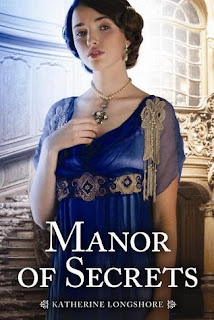 Manor of Secrets by Katherine Longshore: The year is 1911. And at The Manor, nothing is as it seems . . .

Lady Charlotte Edmonds: Beautiful, wealthy, and sheltered, Charlotte feels suffocated by the strictures of upper-crust society. She longs to see the world beyond The Manor, to seek out high adventure. And most of all, romance.

Janie Seward: Fiery, hardworking, and clever, Janie knows she can be more than just a kitchen maid. But she isn't sure she possesses the courage -- or the means -- to break free and follow her passions.

Both Charlotte and Janie are ready for change. As their paths overlap in the gilded hallways and dark corridors of The Manor, rules are broken and secrets are revealed. Secrets that will alter the course of their lives. . . forever. - from Goodreads 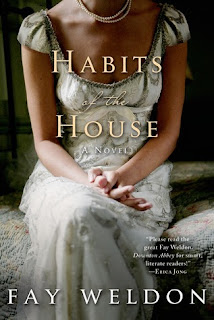 Habits of the House by Fay Weldon: From the award-winning novelist and writer of Upstairs Downstairs, the launch of a brilliant new trilogy about what life was really like for masters and servants before the world of Downton Abbey

As the Season of 1899 comes to an end, the world is poised on the brink of profound, irrevocable change. The Earl of Dilberne is facing serious financial concerns. The ripple effects spread to everyone in the household: Lord Robert, who has gambled unwisely on the stock market and seeks a place in the Cabinet; his unmarried children, Arthur, who keeps a courtesan, and Rosina, who keeps a parrot in her bedroom; Lord Robert’s wife Isobel, who orders the affairs of the household in Belgrave Square; and Grace, the lady’s maid who orders the life of her mistress.  Lord Robert can see no financial relief to an already mortgaged estate, and, though the Season is over, his thoughts turn to securing a suitable wife (and dowry) for his son. The arrival on the London scene of Minnie, a beautiful Chicago heiress with a reputation to mend, seems the answer to all their prayers. - from Goodreads 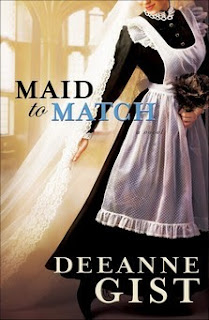 Maid to Match by Deeanne Gist: From the day she arrives at the Biltmore, Tillie Reese is dazzled—by the riches of the Vanderbilts and by Mack Danvers, a mountain man turned footman. When Tillie is enlisted to help tame Mack's rugged behavior by tutoring him in the ways of refined society, the resulting sparks threaten Tillie's efforts to be chosen as Edith Vanderbilt's lady's maid.

But the stakes rise even higher when Mack and Tillie become entangled in a cover-up at the town orphanage. They could both lose their jobs...and their hearts. - from Goodreads 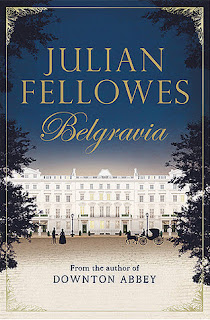 Belgravia by Julian Fellowes (creator and author of Downton Abbey!): Julian Fellowes's Belgravia is the story of a secret. A secret that unravels behind the porticoed doors of London's grandest postcode.

At the Duchess of Richmond's new legendary ball, one family's life will change forever. - from Goodreads
Posted by Angela at 8:00 AM