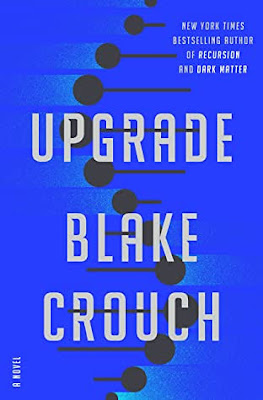 Logan Ramsay is about to get the brain he always dreamed of. But will he be transformed into something more than human…or something less? The mind-blowing new thriller from the 'New York Times' best-selling author of 'Dark Matter' and 'Recursion'.

When the SWAT team gives the all-clear and Logan Ramsay steps into the basement, he has no idea that everything's about to change.

Then there's the hiss of aerosol. The explosion. The shrapnel that punctures his hazmat gear. Logan wakes up to find himself in a hospital bed, attended by doctors in their own hazmat suits, his wife and daughter looking on from behind the glass.

The doctors say he's been infected by a virus--one designed not to make him sick, but to modify his very genetic structure. In a world where the next-generation gene-editing tool known as Scythe is widely available--and has already reaped disastrous consequences--the possibilities are too many and terrifying to count.

Except that after the fever, the pain, the fear...the virus is gone. And according to his government bosses, Logan's got a clean bill of health.

But the truth is that with each day that passes, Logan's getting smarter. Seeing things more clearly. He's realizing that he's been upgraded in ways that go beyond even Scythe's capabilities--and that he's been given these abilities for a reason.

Because a holy grail of genetic engineering--one that could change our very definitions of humanity--has just been unearthed. And now it's up to him to stop it from falling into the wrong hands.

Logan’s becoming something more. Something better. Even with the whole world hunting for him, he might be able to outthink his opponents and win the war that’s coming.

But what if it’s at the cost of being himself?  - from Goodreads