Mini-Reviews: Longest on My TBR 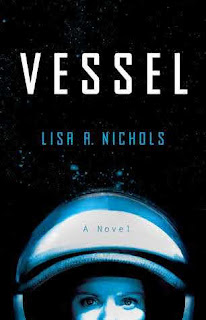 Vessel by Lisa A. Nichols (2019)
Thanks to Susie at Novel Visits for the recommendation!
Astronaut Catherine Wells is part of a mission to explore a far-away planet when disaster strikes and the crew is thought to be all lost.  Years later, Catherine returns to Earth, with little memory of what happened, but she has a feeling that something isn't right.  This book was part science fiction, part thriller, and part domestic drama.  Catherine has to adjust back to life at home, knowing she's missed a decade of her daughter's life and her husband started seeing someone else, but she's also tormented by thoughts of her former crew and not knowing what happened to them; in addition, she's experiencing some strange things, like losing hours of her day.  Since this book is so short, the story moves along pretty quickly, although at times that was a detriment.  Scenes jumped forward in time rapidly without enough transition.  I did like the way the author used flashbacks to slowly reveal what happened on the distant planet.  I had a pretty good idea early on of what was going on with Catherine, but it was still interesting to watch how it all played out, especially since there's a lot on the line with another crew heading out into space soon.  3.5 stars 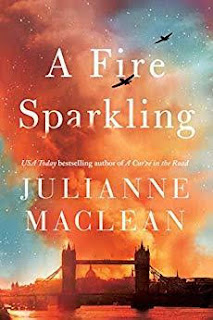 A Fire Sparkling by Julianne MacLean (2019)
When Gillian finds a picture of her grandmother looking very close with a Nazi soldier, it opens a floodgate of family secrets that started during WWII.  As her grandmother reveals her story, Gillian feels compelled to learn more.
Although not the most unique WWII historical fiction story I've read in terms of events or angles, A Fire Sparkling had a unique family story at its heart.  It starts with the discovery of a shocking photo, and it moves back and forth in time as the full story is slowly revealed.  I had some issues with this book - I wasn't a big fan of the writing.  It felt overwritten and melodramatic in parts it shouldn't be, and the dialogue was stilted, repetitive, and unnatural.  I didn't really care about the personal issues Gillian was dealing with; I was way more interested in her grandmother's story, and in those sections, the writing seemed to find its way a bit more.  I don't want to give too much away because some of the reveals were just that good, but I will say that this book contained wonderful themes of the strength, courage, and resiliency of women during the war, and it raised questions about loyalty and having to choose between family and country.  3.5 stars
* This post contains affiliate links; I earn a small commission on qualifying purchases, at no cost to you.
Posted by Angela at 3:00 AM