Fiction/Nonfiction Mini-Reviews: The Out of This World Edition 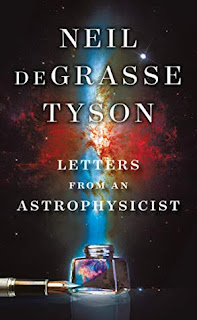 Letters from an Astrophysicist by Neil deGrasse Tyson (2019)


In Letters From an Astrophysicist, Neil deGrasse Tyson has handpicked 100 letters and emails received throughout his career and provided his responses to them. It’s a fun look at the types of things people want to ask or relay to a public figure, and they run the gamut from science to religion to life in general. Interestingly, many of the letters and questions don’t even pertain to his specialty of astrophysics. People look to him as a role model for their children, for example.  The letters and responses cover both heavy emotional topics (such as Tyson's memories of 9/11) to the kind of silly (such as why he believes Bigfoot does not exist).  The content felt a bit repetitive at times (he mentions several times that eyewitness testimony is unreliable) and a big focus of the letters was on religion (how people can reconcile faith and science, etc.), which wasn’t always that interesting to me. However, although blunt at times, Tyson’s witty, personable nature shines through in his responses, and it’s really cool to see how he engages with the public. 4 stars 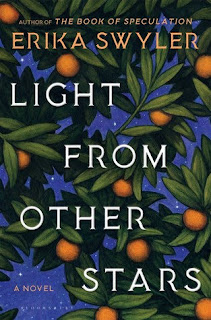 Light From Other Stars by Erika Swyler (2019)

This was a gem of a book.  I didn't know a lot about the story going in, but I ended up really enjoying it.  In 1986, Nedda and her family are living in Easter, Florida.  Just after the Challenger tragedy, a project that Nedda's father was working on plunges the town into chaos.  In the future timeline, Nedda is an astronaut on a mission to help build a colony on a distant planet.

The writing is beautiful, although in some places it felt a little high-brow for me.  But, it did help elevate this science fiction story into something more.  Nedda's father's project, a machine that manipulates time, is definitely in the sci-fi realm, but it's the reason he wants to create the machine and how he relates to his daughter that are at the heart of the story.  The pacing did feel a bit slow at times, but there are some interesting reveals near the end that make it worth sticking around.  4 stars
Posted by Angela at 3:00 AM