Backlist Mini-Reviews: A Retelling & A Romance 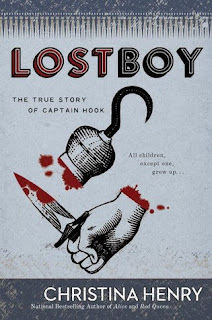 A retelling of the classic Peter Pan that provides the origin story of Captain Hook.

Jamie was the first boy Peter Pan ever took to Neverland.  He has spent countless years alongside Peter, fighting pirates and monsters and taking care of the other boys.  Now, though, Jamie is starting to see that perhaps Peter isn't the best friend and leader he always thought he was.

I loved how Henry completely flipped this story and basically made Peter Pan the villain.  Peter is selfish, spoiled, manipulative, and dangerous.  The way he convinced boys to join him on his island and then completely disregarded them was a bit chilling.  It was left up to Jamie (the future Captain Hook) to look after the boys after Peter had no use for them.  Although probably only 13 or 14 years old, Jamie as the narrator sounds older, wise beyond his years, much more so than other boys who have been in Neverland for a long time.  I appreciated how thoughtful and protective Jamie was; it wasn't what I was expecting.  Overall, this story was a captivating look at friendship and loyalty, although a bit too gory for my taste at times. 4 stars 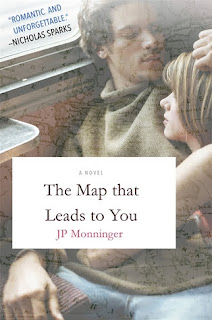 During a European trip before she starts her career, recently-graduated Heather meets Jack on a train to Amsterdam, and the two fall quickly in love.  But can she convince him to join her in New York City?

I don't read a ton of romance novels, but what's more charming and romantic than meeting your great love while seeing the sights of Europe?  At least, that's what I was hoping for from this book.   From the start, I could tell that Heather and Jack had chemistry, and he seamlessly fit himself into her travel plans with her college friends.  I loved the way they explored together and how I was able to visit all these far-away places throughout the story, especially some non-touristy locales.

Heather and Jack's insta-relationship wasn't perfect and they just kept having these massive fights.  They had radically different viewpoints on life, and Jack's dismissive attitude towards Heather's desire for a stable career in NYC was hard to swallow.  It made me wonder how his free spirit could ever mesh with her planned-out life.  I can't say I really liked either one of them very much.  They were both SO pretentious, really full of themselves and their grand ideas about life.  I think their relationship was also diluted a bit because Heather's friend Constance and Jack's friend Raef were also victims of insta-love on the same trip - kind of unrealistic!  Also, the oddly stiff dialogue and continuous use of British slang by Americans was jarring and eyeroll-inducing.

There's a twist about 2/3 of the way through the book that wasn't entirely unpredictable, and then we just get a lot of "woe is me" attitude from Heather.  Surprisingly, I enjoyed the ending; it was a bit open-ended, but I think it worked.  2.5 stars
Posted by Angela at 3:00 AM