Review: The Things We Keep 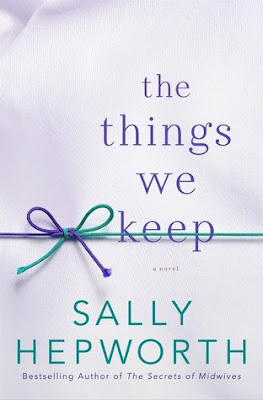 The Things We Keep

Anna Forster, in the early stages of Alzheimer's disease at only thirty-eight years old, knows that her family is doing what they believe to be best when they take her to Rosalind House, an assisted living facility. She also knows there's just one other resident her age, Luke. What she does not expect is the love that blossoms between her and Luke even as she resists her new life at Rosalind House. As her disease steals more and more of her memory, Anna fights to hold on to what she knows, including her relationship with Luke.

When Eve Bennett is suddenly thrust into the role of single mother she finds herself putting her culinary training to use at Rosalind house. When she meets Anna and Luke she is moved by the bond the pair has forged. But when a tragic incident leads Anna's and Luke's families to separate them, Eve finds herself questioning what she is willing to risk to help them. - from Goodreads


I've come across only a handful of books that can make me cry, and this one got me teary-eyed a few times.  I don't know why I read books about Alzheimer's disease - they just make me sad!  But for all the things about this book that can be upsetting, there was also so much love and hopefulness.

There are two storylines going on here: the first is Anna's, as she enters Rosalind House, the residential care facility due to her early-onset Alzheimer's.  The second story is Eve and Clementine, a mother and daughter trying to recover from Eve's husband's Ponzi scheme fall-out and subsequent suicide when Eve takes a job at Rosalind House.  The book goes back and forth between the two stories, with Eve's taking place several months after Anna's.  I thought this was an interesting and successful technique to use in a book like this.  We learn about Anna's plan to kill herself before her disease can take her, but then she meets Luke, a man her age also suffering from dementia, and she finds a reason to be happy again.  But through Eve's story, we know that something terrible happened, and now Luke and Anna are being kept apart.  It made me want to keep reading to find out what happened.

Anna is a beautifully drawn character.  You can tell she was a very smart and funny woman before her disease took over, and it's hard to see her struggle for words or not recognize her nephew.  I love the bond that was forged between her and Luke and how happy they made each other, even when she can't remember his name.  All they needed to know was that they felt comfort and happiness in the other's presence.

I appreciated that Eve could see how Anna and Luke needed each other and tried to find ways for them to be together, although it was a little frustrating that she kept going against their families' wishes to do so.  She didn't know the whole story, but luckily, it worked out.

4.5 stars - Absolutely amazing.  I would recommend to readers who believe in all kinds of love.
Posted by Angela at 8:00 AM