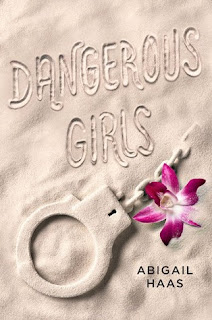 This book sounds like it could be ripped straight from the headlines - high schoolers on spring break in Aruba; one of them is murdered; and another faces a trial and jail in a foreign country.  Anna is the main character, and when her best friend Elise is murdered in their vacation house, Anna is brought in almost immediately as a suspect.

I liked the way the author played with the timeline in the book.  It bounced around between the spring break trip, Anna's trial, and the lives of the friends before it all went to hell.  Different secrets were revealed and we got to know Anna and Elise bit by bit.  I kept going back and forth on whether or not Anna had actually killed Elise.  Sometimes I thought maybe she did, but other times I was convinced that she was a victim, too, of a biased investigation.

It was interesting to see how the investigation and trial played out and also how the media portrayed Anna - how everyone took snippets of conversations or pictures and tried to prove Anna was dangerous, uncaring, even a psychopath.  I did think the story was a tad predictable in some parts, but overall, it was a fast-paced mystery.  4 stars 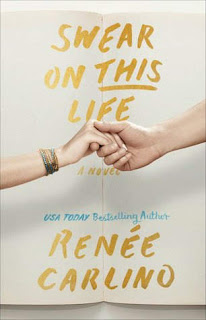 A woman realizes a childhood friend has written a best-selling novel based on her own early life.

Unfortunately, I DNFed this one.  The relationship between the main character and her boyfriend was off-putting; they seemed so unhappy and it was bringing me down.  Even in just the first couple chapters, it was all feeling a bit too melodramatic for me.  The book-within-the-book was another low point.  I thought the writing was kind of pedestrian.  I didn't understand why all the characters were raving about it.  I had to stop after about 50 pages.  This book has great reviews on Goodreads, so it's probably a matter of "it's me, not you."