It's time for another roundup of mini-reviews for the 2017 Backlist Reader Challenge hosted by Lark at the Bookwyrm's Hoard!  I can't believe this challenge (and year!) is already half over!  So far, I've read 18 of the 26 books I listed for this challenge, so I'm 69% done! 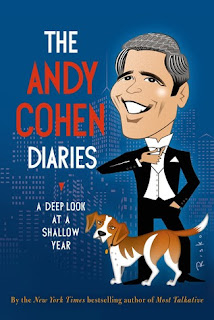 The Andy Cohen Diaries: A Deep Look at a Shallow Year by Andy Cohen (2014)

I love me some Andy Cohen; I mean, he's the man behind my beloved Housewives series, so yeah, he's up there.  And while I enjoyed reading about a year in the life of Andy Cohen, part of me wondered what the point of it really was.  This book was literally a diary, a day-by-day account of Andy's life between September 2013 and September 2014.

Andy talks about pretty much everything: adopting his dog, Wacha; attending various events; meeting up with his friends, famous and non-famous; and going out on Tinder dates.  It was fun to get a behind-the-scenes look at things like the Met Gala and late-night television, and of course I loved the tidbits about Housewives (and house-husbands) behaving badly (although he didn't often name names).  And jeez, he knows a lot of celebrities - name-dropping was a huge part of this book.  I mean, when your best friends are Anderson Cooper, Sarah Jessica Parker, and Kelly Ripa and Mark Consuelos, it's to be expected.

But it did get very repetitive - I don't need to know about every walk he took his dog on, every restaurant he ate lunch at, and every time he got a two-hour massage.  Perhaps not every day needed to be included in the book.  3 stars 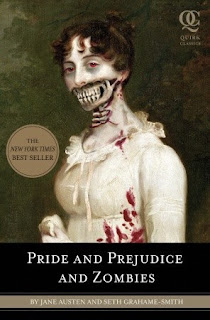 Jane Austen with a twist - Seth Grahame-Smith takes Austen's classic work and adds zombies.  At first, the addition of "unmentionables," as the book refers to the zombies, was a fun twist.  It was nice to see the Bennet sisters appreciated for more than a pleasing countenance or proficiency in music - they are lady warriors known for their deadly skills in taking out zombies.

But about halfway through the book, I started to get a bit bored.  It felt too much like the original with just a few sentences added in to bring forth the horror aspect.  And it just started to seem comical - the ninjas, the constant vomiting, the deer wrestling.  The fates of Charlotte/Mr. Collins and Lydia/Wickham were over the top.  The characters retained their original personalities, for the most part, though I could have used more snark from Mr. Bennet.  3 stars 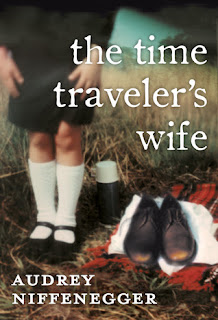 An unconventional love story between Clare, an artist, and Henry, a librarian and reluctant time traveler.  Henry doesn't use a machine to time travel; he just disappears and reappears at random times, with no control over it, because of a genetic abnormality.  He first meets Clare when she is 6 and he knows from his future that they will get married someday.

Although Clare and Henry come off very pretentious at times, I enjoyed their story.  Even with all the difficulties their relationship faced, they have an obviously deep love for each other.  However, the time travel factor was an issue for me at times; I wondered how much Henry was actually changing the past and influencing the future by showing up at random times, particularly through his early interactions with Clare during her childhood.

The last third or so of the book is where we see the toll Henry's ability has taken on their relationship.  Clare wants a baby, but there is so much heartache involved; I was kind of surprised at her insistence, knowing the baby could inherit Henry's time-traveling abilities - I mean, how scary would that be for a child?  3.5 stars
Posted by Angela at 5:00 AM